The tale of the walking wounded

The day didn’t start well when Westholme’s newest signing pulled out at lunch time with a bad back: straight in to the fray, John Skinner, stepped in to the breach and I could breathe easy again.

Arriving a full half an hour early (forgetting this was our away match so we didn’t need to turn the lights and heaters on, sweep the floor and set up the courts) me and mine, aka Jenn Trethewey, filled the time with idle chat and talk of wedding dress shopping.

With the arrival of the two teams, came news of the long-awaited semi-final draw: we have a home game against Seniors C to look forward to on March 2nd.

The match started well with top ladies, Jane Tighe and Mel Rushton, being pushed very hard by Jenn Trethewey and her cousin, Lucy Gallagher, in two very close games. On the adjacent court, the men’s pairings of young Tyler Allen and the experienced Steve Roe, were having a similar battle against Westholme’s Hef Parry and Alex Pimperton. Winning at the time, unfortunately, Hef stretched just a little bit too far and had to retire early, conceding the two games. The picture taken below is Hef’s attempt at looking like he has a painful groin strain – just use your imagination, please! Now came the very interesting revelation (well, to me anyway…even though Keith reminded me that I’d voted against it at an AGM!) that, when a player is injured, the remaining games can be played by a substitute of the opposition’s choosing. Well I never! My super last minute sub, John Skinner, was certainly going to get his money’s worth tonight!

In the second round of level doubles’ games, Wendy Matthews (as always resplendent in pink) partnered Lucy against Mel and Helen Shanks. Effective re-organisation of tactics in the second of their games produced a thrilling match which the Westholme couple narrowly lost to setting. The men’s doubles of Alex and John for Westholme and Steve and Luke Quigley for Seniors B, was an evenly fought battle which resulted in an appropriate game a-piece to the two sides.

In the mixed doubles, Jenn at top mixed played first with Alex and then with John as a result of Hef’s injury. Serving well in both games and cutting out some effective crosses at the net, Jenn should be very proud of how far she has come in this only her second season in the league. The indomitable partnership of Tyler and Jane at top mixed for Seniors, however, proved too much for both the Westholme couples, with John and Wendy likewise succumbing to the might that is Tyler (and a might that is only going to get mightier) The second mixed pairing of Luke and Helen were also victorious in their four games, although promising scores meant that Westholme reached their three bonus points.

Alex and Lucy at number three fared better against Steve and Mel, winning both of their games.

So, as Seniors B stride ever closer to their return to the top division, the Westholme B team pick themselves up from their defeat and thank their lucky stars that they have super subs they can rely on in an emergency! Thanks, John. 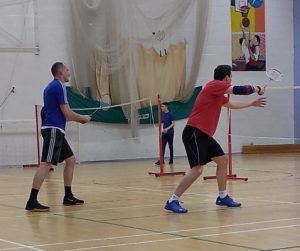 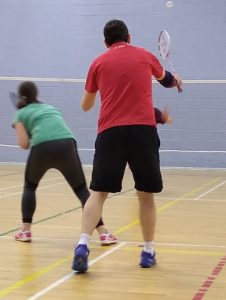 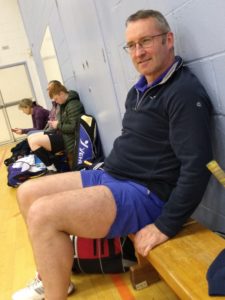