Don’t forget to get your tickets by the 26th April for the presentation evening.

Badminton England has revealed that a brand new, tiered National Team League, capable of supporting hundreds of clubs, will be launched in January 2021, following a successful feasibility study.

The ‘progressive’ pyramid league will follow the established team league structures seen in other sports that allow lower level teams to aspire to, and achieve, greater success.

With an aspirational top ‘premier’ division and multiple lower divisions, the National Team League will offer regular ‘home and away’ competitive opportunities for Men’s, Women’s and Mixed teams of all abilities, accommodating additional matches for existing local league teams as well as a huge boost to grass roots badminton by welcoming new teams from clubs, universities, workplaces or groups of like-minded individuals.

Each tier of the National Team League pyramid will play to a consistent matchplay format and scoring system, set nationally.

Seasonal promotion and relegation will enable any teams to climb the leagues and aspire to be in the top division with the national champions representing England in the European Club Championships.

The new national league pyramid is deemed a crucial next step in Badminton England’s ambition to inspire more players of all abilities to play more often and discover more competitive opportunities.

It will also enhance the competitive opportunities of our network of over 1,400 clubs nationwide.

£4 per player per event

Boys/girls singles, boys/girls doubles and mixed doubles. All events will be handicapped.

The U18 tournaments are available to league players and those who regularly attend a coaching session with a club registered with the league.

Any proposed rule changes need to be sent to the secretary by April 30th in readiness for the AGM on June 11th.

The U18 tournaments are available to league players and those who regularly attend a coaching session with a club registered with the league.

John Culshaw tournament is Sunday 28th April at 10am at Norden.

Teams consist of: 2 men, 2 ladies and the tournament is handicapped.

Anyone can enter. Closing date is Wednesday 24th April.

The Cup Final between College and Seniors C is on Wednesday 27th March, 8pm at Norden.

All trophies must be back with Jean by the last day of Feb (In a clean state!)

The second round of this years Blackburn Junior League was held at Norden Sports Centre on Sunday 3rd Feb with teams being represented from St Bedes High School, DACA High School, Blackburn Seniors BC and Rossendale Badminton League. As always the badminton on show was of a high quality, demonstrating the depth of talent with East Lancashire. Blackburn Seniors came out on top within both age categories on this occasion. See tables below:

With two rounds of fixtures now completed the overall tables are as follows:

The next round will take place on Sunday 24th March.

For further information on the junior league please contact Rick Smith on ricksmith84@hotmail.com

Club Grants – Are you missing out? 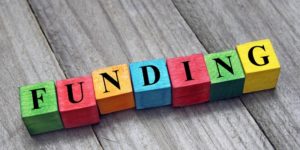 Club Grants: Are You Missing Out?

To support your club, Badminton England is offering you the opportunity to apply for a club support grant of up to £500. The grant should be used to help your club develop and grow and can be used to increase the number of targeted sessions, develop your coaches, run an open event or develop a junior session for example.

Clubs must be affiliated to Badminton England and existing activity or applications that are just for equipment will not be considered.

Please complete and submit the short form below in order to apply for a small grant. This will then be reviewed and your local Relationship Manager will then be in touch. On approval, the full amount of grant awarded will be paid to the club. Clubs will be required to submit monitoring for the project.

Last year the average grant from the club support fund was £460 – get involved today!!