This is a trophy which can only be given if a nomination is sent in by you. It is your chance to say a big well done or thank you to the unsung hero/heroine in your club.

You know, the one who never lets you down, who is always there helping you do the adding up at the end of the night, who helps you sort the shuttles out for the next match. He/she could be your captain, your treasurer, your secretary…it is simply an official who has gone over and above what is expected. Without people like this, we could not run our league – and, ultimately, could not play our badminton.

So it’s important to send in a nomination.

All nominations should be sent to:

She is hoping to get one from each club. If she does then the committee will have a brilliant time at their next meeting arguing who should get it!

She needs your nominations by Friday 27th March. 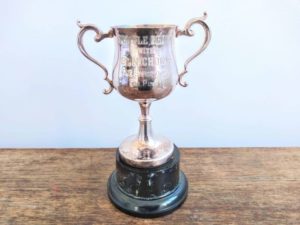